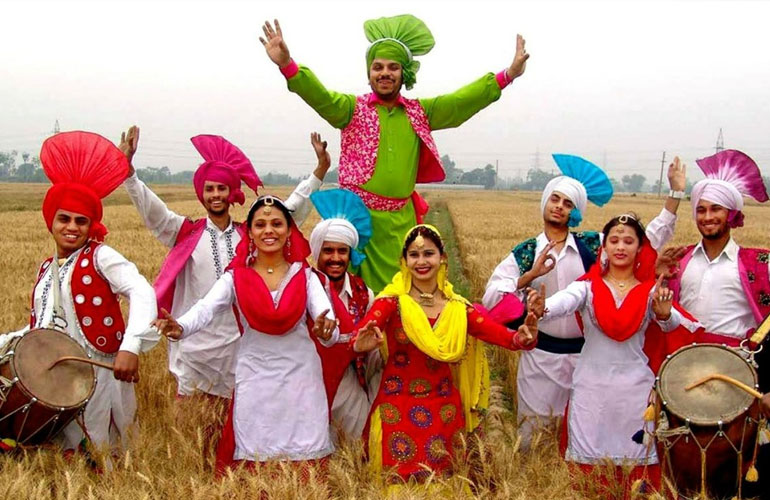 Sikh music had come into play from the 16th century in the form of musical poetry conceived by the founder of Sikhism, Guru Nanak dev Ji. Hence all the followers who followed them sang with classical and folk music prevalent at that time. The classical music style included the devotional dhrupad style, the words in this music were the raags which added hymns, all the 62 raags were used from Guru Granth sahib Ji. These 62 raags included 31 main raags and 31 variant raags, at this time the Sikhs developed new stringed instruments like Jori.

While specific Hindi music was used to be played in the Mughal courts in northern India, specific Carnatic music was played in Southern India. With its commencement in the 20th century Sikh music developed its form where rich melody forms developed accompanied by Rabaab, Saranda, taus, Pakhaavaj, and Jori.

While all this prevailing music started changing at the end of the 20th century as the classical style was replaced by popular contemporary music hailing from a film's background. Punjabi music took its foundation from Sikh music and further molded it in its form. While the traditional dhrupad music was replaced by Darbaari khayaal style, harmonium and Jori were replaced was by various stringed instruments and tables after coming under Punjabi music

Unlimited efforts were later put to bring back the traditional Sikh music with percussive music instruments. Special names were hence given to such music as Shabad Keertan Parampara, Gurbani sangeet Parampara, and also Gurmat Parampara.

Punjabi food is the most popular food in the whole world. Punjabi food is considered yummy and hearty as it consists of the goodness of milk, buttermilk, ghee, and freshly harvested produce. Another important aspect of Punjabi food is that it is always made on low flame to enrich the taste and the flavors of the food.

Being protein rich, Punjabi food breakfast consists of spiced, mashed, or grated potatoes Paranthas with spiced radish eaten with Dahi(creamy yogurt) along with added savor of tarty mango pickle. It is then digested with the help of thick creamy milk. Another very famous dish is Sarso ka saag and Makki ki roti which is then digested with the help of lassi. Another very famous Punjabi food is the world-famous Chhole (chickpeas) with bhatura and also dahi bhala( a curd mixed dish).

Also a very famous Punjabi food is Kulche which is very popular for breakfast. Punjabi dies heart fans of vegetables such as baingan-ka-bharta, the delicious Karhi, the protein-rich maah-ki-dal (pulses cooked with onions, tomatoes, and red-eyed beans). Bread in Punjabi food includes chapattis which are flat griddle bread, poori’s which is puffed whole wheat bread, and bhatura which is puffed white flour bread.