Why Do We Celebrate The Harvest Festival of Punjab - Baisakhi? 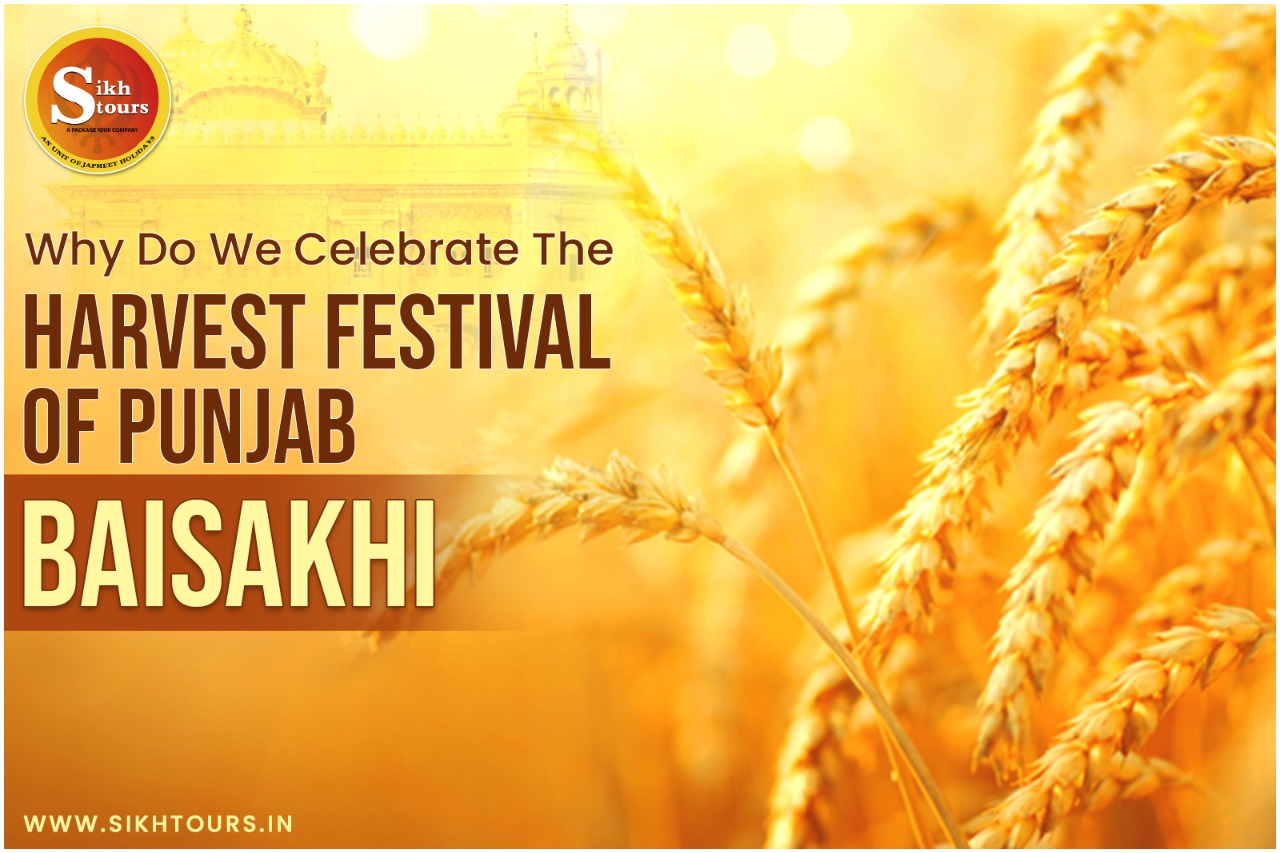 The harvest festival of Punjab - Baisakhi, also spelled as Vaisakhi, is a popular festival in India that falls on April 13 or 14 every year. The festival is celebrated with enthusiasm and joyousness in almost every state, especially Punjab. Sikh Tours - the Best Tour and Travel Company in India allows you to travel to Punjab or other states, to celebrate the festival, and start this year’s spring season with happiness. So, to know everything about Baisakhi, read this blog thoroughly.

What is the Significance of Baisakhi?

The Baisakhi is a festival which is celebrated by Sikhs, Hindus, etc. The festival involves many significant reasons to celebrate such as the formation of Khalsa Panth, harvesting rabi crops, etc. are of great importance for Sikhs. Another reason that makes this festival significant in Sikhism is that Baisakhi is a new year for Sikhs.

Among Hindus, the festival is marked as the solar year known as Vikram Samvat or Bikram Sambat. Similarly, in Bengal, the Bengalis also celebrate the Baisakhi festival, which they call Baisakh, as the beginning of the new year called Pohela Boishakh.

The Baisakhi holds an incredible past. As, on this day, the tenth guru of Sikhs, Sri Guru Gobind Singh Ji, established Khalsa Panth in 1699 after the martyrdom of the ninth guru, Sri Guru Teg Bahadur Ji (father of Sri Guru Gobind Singh Ji) by Aurangzeb who wanted Kashmiri Pandits and other people of Sikh religion to convert their creed into Islam. Not only this, history holds another major event i.e. on April 12, 1801, Maharaja Ranjit Singh became the king of Punjab.

In 1919, a horrible incident happened at Jallianwala Bagh in Amritsar (Punjab) as the British General Dyer killed thousands of people by shooting them.

In the history of Buddhism, Buddhists believe that Gautam Buddha was born and died on the same day in April. Besides this, in Hindus’ history, they think that the goddess Ganges came to earth from paradise on the day of Baisakhi.

Why Do We Celebrate Baisakhi Festival? The festival is famous for harvesting rabi crops. Farmers get excited when seeing rabi crops growing such as wheat, pulses, oilseeds, etc. Besides this, being an ancient festival, Baisakhi is a tribute to the tenth Sikh guru, Sri Guru Gobind Singh Ji, who formed the Khalsa Panth in 1699. The festival is also remembered for the Jallianwala Bagh massacre when thousands of people became victims of General Dyer's firing act.

Whereas, Hindus believe that on this day the river goddess the Ganges came to earth from heaven. So, they celebrate Baisakhi by bathing in the Ganges.

In Buddhism, the Baisakhi festival is known as Vesakha and it is celebrated as Buddha Purnima. Buddhists believe that this festival is marked as the birth, knowledge, and death of Gautam Buddha.

In Which State Baisakhi is Celebrated?

The festival of Baisakhi is celebrated by Sikhs, Hindus, and Buddhists, so it is the festival of each state of India. Whether it is a Sikh, Hindu, or Buddha, everyone commemorates this festival because some part of their history has a connection to Baisakhi. But, the festival is mainly celebrated in Punjab with great enthusiasm and joy.

How Do People Celebrate Baisakhi?

On Baisakhi, many fairs are also held, and people gather to enjoy the decorated, energetic and happy environment.

What are the Specialties of Baisakhi? What is the Traditional Dress of Baisakhi?

In Punjabi tradition, women wear Salwar-kameez, Paranda, and so on, and men wear Pathani-kurta, Chadar, Kurta-pyjama, etc. for their festive look. Red, yellow, and green are the most famous colours for Baisakhi as dress code.

What is the Traditional Dance of Baisakhi?

How Baisakhi Brings Happiness to Farmers?

As you know, Punjab is rich in agriculture and a food provider state in the country. So, the farmers commemorate this harvest festival of Punjab by saying thanks to the almighty for successfully growing the rabi crops such as wheat, mustard, oats, etc. Moreover, the festival also counts as the commencement of the new year for Sikhs and Hindus. The people celebrate Baisakhi by going to temples and gurudwaras, and also being part of Nagar Kirtan.

Why is Baisakhi an Important Festival in Punjab?

The festival of Baisakhi is also celebrated by Hindus and Buddhists, but it is mainly a Punjabi festival as many events happened on this day in the history of the Sikhs. The first one is, in 1699, the tenth guru of Sikhs, Sri Guru Gobind Singh Ji formed Khalsa Panth for the Sikh community in which it is claimed that every Sikh man will be known as Singh and the Sikh woman will be known as Kaur. The idea of Khalsa Panth was made by the tenth guru after the martyrdom of the ninth Sikh guru, Sri Guru Teg Bahadur Ji who was martyred by Aurangzeb, the empire of Mughals.

On April 12, 1801, Ranjit Singh became the King of Punjab and was named Maharaja Ranjit Singh. Along with this, in 1919, the Jallianwala Bagh massacre happened, when the British General Dyer blocked every exit of the place and gave orders to shoot at thousands of people who were doing a meeting there. In this way, the Baisakhi becomes an important festival in Punjab.

It is concluded that the festival of Vaisakhi or Baisakhi has a major role in the history of India and people commemorate the festival with great enthusiasm and happiness. Baisakhi became an important festival for Buddhists and Hindus, and especially for Sikhs because most of the events happened in Sikh history. The great zeal and excitement make this festival more joyful.